How to Restore Photos from Android SD card?

SD card is commonly used in almost all the Android mobile devices, such as the Samsung Galaxy series, HTC One, Huawei, ZTE and so forth. But when your Android device fell into the wrong hands, such as some naughty children, they will be very likely to delete your Android album unwittingly and you will lose all pictures you cherished so much from the Android SD card. And if you haven't restored them in time, they will be overwritten and you will lose them forever.

We are going to tell you how to recover lost and deleted photos from Android SD card with Coolmuster Lab.Fone for Android (with its Mac version - Lab.Fone for Android Mac) that is able to deal with various data loss situations. It can recover lost, deleted and even formatted photos, as well as contacts, text messages, videos, music, call logs and other resources from both internal and external memory on Android phones/tablets. The program is absolutely safe as the scanning is just read-only.

Connect the Android phone to the computer with a USB cable, and then install and launch the Coolmuster Lab.Fone for Android to get ready. Make sure you have enabled USB debugging on your Android phone. 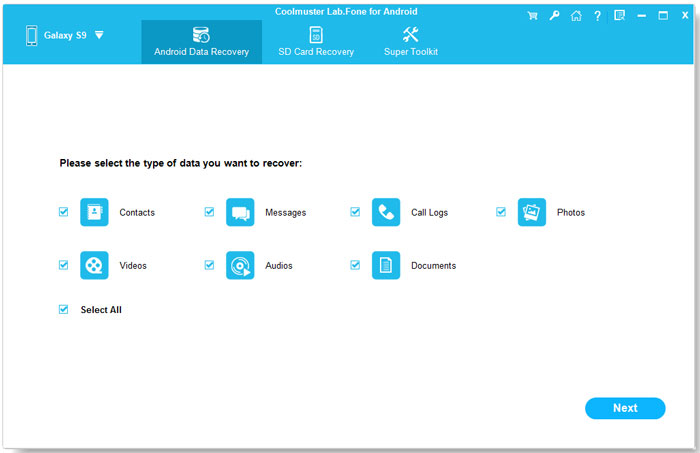 From the primary interface of the Android data recovery program, you can only tick off "Photos" tab and click "Next" button. Then, Lab.Fone for Android will start to scans both the SD card for lost photos. 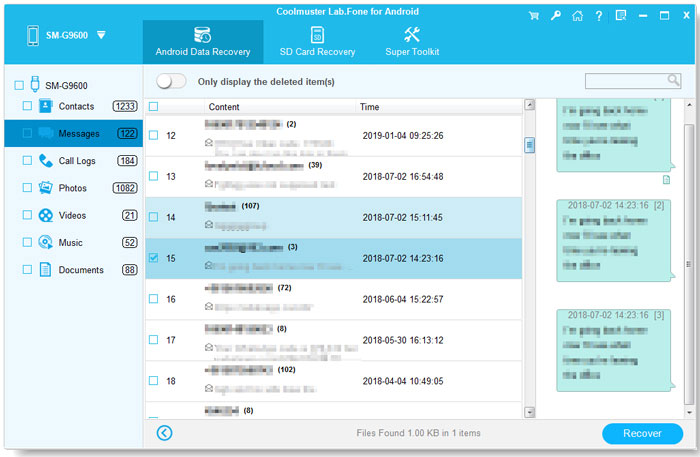 Once all of the scanned out photos have been displayed, you can preview to select the photos that you want to recover. After the selection, you can click the "Recover" button and photos recovery process from Android SD card will be started at once.

How to Recover Deleted Contacts from Google Nexus 6