Home>> iPad/iPhone/iPod Transfer >>Will You Update Your iPhone 6 to iPhone 6s, Why?

Will You Update Your iPhone 6 to iPhone 6s, Why?

According to the reliable news, Apple held news conference at Bill Graham Civic Auditorium in San Francisco to release iPhone 6s and accompanied with some Apple new products early today. There is no doubt that the expected iPhone 6s have important impact on mobile phone market, which makes huge leap again on the development of iOS system. Apart from iPhone 6s, the iPhone 6s Plus, iPad Pro, new Apple TV, and Apple Watch have also been public released. This great global event appealed to a great number of developers and Apple fans to evidence the magical moment. 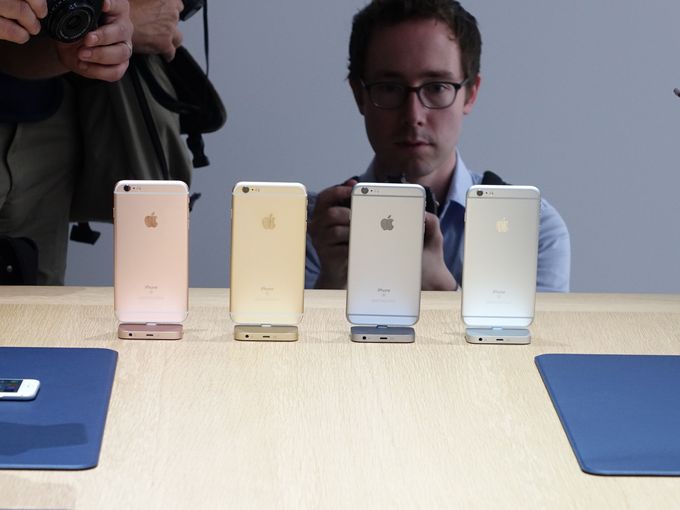 Apple makes great changes this year not only on new products, but also change the news announced place. As I have mentioned above, Bill Graham Civic Auditorium is an indoor stage building which enables audience to face the platform directly. Besides, compared with the former conference hall, Bill Garaham Civic Auditorium is larger than the former one, which can seat almost 7000 people. When the affair officially started, all the people on site were crowing with delight. To summarize the conference, it spent almost 40 minutes in introducing the new iPhone, which was longer than other new products that it goes without saying its importance.

It's not so easy to perform as the most popular phone brand in the world. A heat topic about updating your iPhone 6 to iPhone 6s came up as soon as the conference over. People hold various attitudes towards iPhone 6s and iPhone 6s Plus. Some people take it for granded that iPhone 6s brings iOS 9 and some new features which make life more intelligent and convenient. May be this is the reason why iPhone renders users purchase it no matter how much it costs. Others think that the iPhone 6s was announced without innovation and the nothing expected. Even the price is the same as iPhone 6. From my personal perspective, as the old saying goes: Every coin has two sides and no garden without weeds. Today, iPhone 6s also has its merits and demerits, we should take an objective opinion towards it.

It's reported that the majority of Apple fans will update their iPhone 6 to iPhone 6s because of its more intelligent and stable iOS system than other moble phones. No one can deny that iPhone 6s have new features which makes life more intelligent in a way.

To start with, with 3D Touch, you can do things that were never possible before. It will senses how deeply you press the screen and let you do different things much more quickly and simply. Moreover, iPhone 6s equipped with 12-megapixel iSight camera captures detailed pitcures and it also introduces live photos which becomes a new way to relive your favourite memory. Additionally, iPhone 6s is equipped by the custom-designed 64-bit A9 chip. And this new generation has a second-generation Touch ID fingerprint scanner which is two times faseter than previous iPhones Touch ID. Last but not least, the iPhones are crafetd from Series 7000 aluminum and come in a new Rose Gold color, alongside Silver, Space Gray and Gold.

Seeing the above new features and function, most mobile phones users are attracted by iPhone 6s (https://www.apple.com/) and willing to update iPhone 6 to iPhone 6s according to their economic situation. It must be noted that the price have no change compared with iPhone. According to Michael Bloomberg, with the development of Apple products, the Apple devices shows Apple's ambition that make products integrate into daily life.

However, others don't agree to update iPhone 6 to iPhone 6s because it seems have no innovation compared with the old ones. Many foreign media companys think that for the investors the new Apple products make no deeply impression. And USAToday.com even said that the image of innovator is in danger. Users who don't want to update iPhone 6 to iPhone 6s in mainly because they hold the opinion that iPhone 6s may be just similar with iPhone 6. Thus, its no need to change phone and waiting for the new model.

As far as I am concerned, iPhone 6s still worth experiencing in a way. If you observe iPhone during the recent years, you will find it has form a settled type. They will change the appearance at the first year, and enhance the functions at the second year. This mode leads to lots of hasitate buyers and the long-term expected new better iPhone. But please be noted that, before switching your iPhone 6 to iPhone 6S or iPhone 6S plus, you should backup the whole iPhone contents with some tools like Coolmuster iPhone Backup Software or Coolmuster iPhone Backup for Mac.