How to Fix Android Tablet White Screen of Death?

Your car has just broken down on the side of the road, you've just received urgent news that you need to pass on to someone else, or you would like to tell a good friend goodbye before they travel to a foreign country. However, when your turn on your Android tablet, you see nothing but a boot up screen that shows no sign of life. Not only does this frozen startup confuse you but it has also cost you valuable time.

Last time we talked about HTC stuck at white screen of death, actually Android tablets users can encounter with the same problem. They complain that the problem usually occur during the booting process or while using an app. There are many reasons can cause the white screen of death issue on your Android tablet and you must figure out a way to fix the issue immediately so that you can access your tablet normally.

Well, before we move on to the solutions for the white screen of death problem, it is essential for you to have a understanding on the causes of this error.

Part 1: What Might Cause Android Tablet White Screen of Death 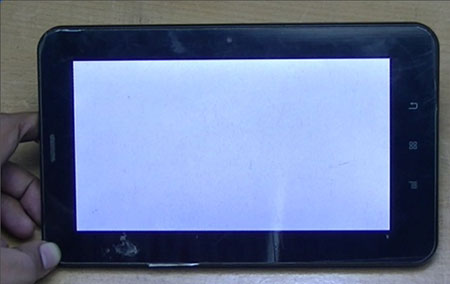 Reason 1: There are several things that could cause your Android tablet to freeze when you're attempting to start it up. One of the most common has to do with faulty apps. In fact, in some cases, the default apps that were loaded onto your phone before you purchased it can sometimes be the culprit.

Reason 2: You may also be running low on memory.

Reason 3: In some cases, your SD card may infected with a virus.

Reason 4: Your tablet is too old. Aged and worn hardware and software can cause the tablet white screen issue.

Reason 5: If you have ever dropped your tablet onto a hard surface, and even though there is no external damages on the device, the internal of components of the device could damaged unknowingly.

Reason 6: Improper usage and upkeep can also affect the normal work of the tablet. For example, you do not charge your tablet in time, using an inferior battery, and so on.

Reason 7: Corrupt files and clogged up memory can also lead to an Android tablet white screen of death error.

You May Want to Know: How to Solve Android Stuck on Boot Screen

After you have learnt the causes of white screen of death, you can choose your suitable solution to fix it according to your own situation.

The white screen of death problem often happens while you are using a particular app on the device. If so, you can turn off your device and turn it on again to fix the problem: Just long press the power button for 7-10 seconds or you can directly remove the batter from the tab to turn it off. Then, insert the battery to the device again and turn on the tablet.

In case of the white screen problem happens again during app usage, you can do something as soon as possible:

> Go to "Settings" option on your Android tablet and choose the tab of "Application Manager".

> Now choose the app that you were using when the tablet white screen issue occurred. On the app info screen, you should select "Clear Data" and "Clear Cache". 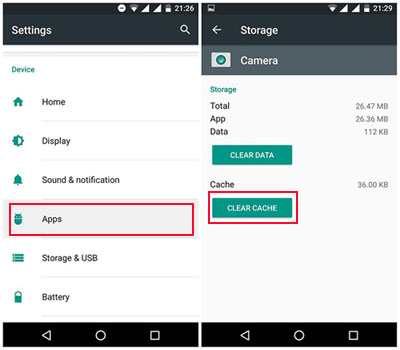 > Go to "Settings" option on your Android tablet and choose the tab of "Application Manager".

> Now choose the app that you want to uninstall. On the app info screen, you should select "Uninstall" option.

Moving apps from the SD card in your Android tablet to internal memory is a useful method to solve tablet white screen issue. Just go to "Settings" and open "Apps". Then, you will see a list of all apps. Just select the app you want to move to internal memory, select "Storage" on the app info screen and then tap on the option "Move to Internal Memory". 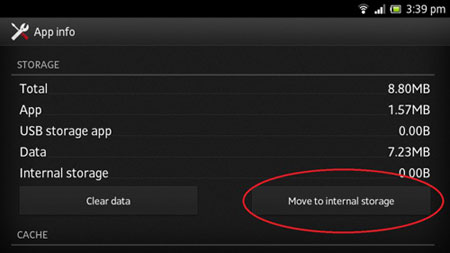 If you have ever dropped your Android tablet, which might not damage the outside of the tab but can cause internal problem and lead to a white screen of death problem. Here is what you should do:

> Turn off your tablet and remove the back cover from the tablet. Maybe you also need to move the battery but do remember to be careful when doing this.

> Use a thin and delicate tool to slide out the LCD Ribbon by unlocking it. Be careful to check the connector for dust and other dirt settled on it. 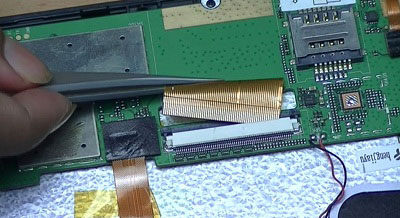 > Lock the ribbon again by attacking its terminals.

> Insert the battery to the tablet again and switch it on.

No matter what reasons cause the Android tablet stuck at white screen of death, you can perform a factory reset on your device to solve the issue. To hard reset your tablet, you should:

> Press the power, home and volume down buttons at the same time for a few seconds until you see a list of options. Now, your tablet enters the Recovery Mode.

> Using the volume down button to choose the option "wipe data/factory reset". 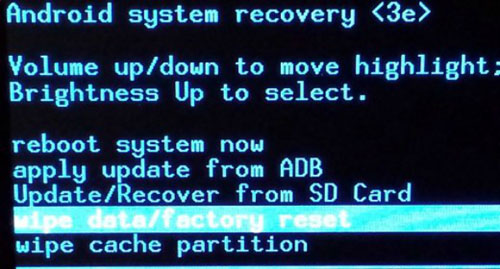 > Using the power button to select this option and wait.

Once the process if complete, the tablet will reboot automatically and run normally.

Note: Factory reset your device will erase all data and settings, therefore, we suggest you backup your device before you factory reset it. Here is a guide shows you how to backup Android tablet. so that you will not worry about losing important after you fixed your Android tablet stuck at white screen of death problem.