iOS Update Problems & Fixes: All You Want to Know

Some users have already encountered several iOS 12 or 12.1 issues after upgrading to the new software update. In this article, we will list several iOS update problems and how you can fix the issues. After releasing iOS 12 on 17th September, Apple Inc. went ahead to release iOS 12.1. The new upgrade comprises unique features such as Group FaceTime, Measure app, Screen Time features and new Memoji on settings. Numerous users rushed to have the update 12/12.1 installed on their iPad and iPhone only to realize that the new update contains various problems and errors. 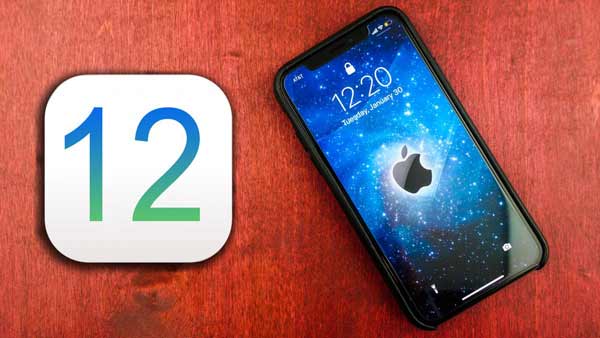 The most common iOS 12 and 12.1 problems while updating iPad or iPhone is the failure to check for update. This iOS update problem is realized every time Apple releases a new iOS software update. It is no coincidence that this bug still exists in iOS 12 and 12.1. Users may be faced with errors such as "an error happened while checking for a software upgrade" or "unable to look for update" when checking for a new update.

* Go back and click on "check for update" button again.
* Ensure your iPhone has sufficient charge and is connected to a stable Wi-Fi connection. Updating over the Air requires your iPhone to have more than 50% battery charge and connected to Wi-Fi.
* Reset the network, or reboot your iPad or iPhone.
* Consider updating your iOS through iTunes instead of Over the Air.
* Check whether Apple servers are down by visiting Apple's official website.

When downloading iOS 12 and iOS 12.1 via Over the Air, it will show you that something is preparing to be downloaded. The process takes a couple of seconds but some users may be stuck on this step forever, and cannot even download the iOS update.

* The standard solution to iOS update problem is rebooting the device.
* Close the upgrade process and try again.
* Check whether the network is working correctly. You can reset your Wi-Fi connection just to be sure. 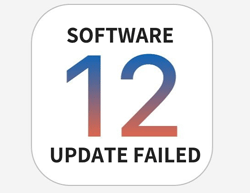 * Lock and wake your iPad or iPhone by pressing the power button for five to ten times.
* Restart your or hard reset iPhone.
* Upgrade to iOS 12 or iOS 12.1 via iTunes. Nevertheless, you should backup your iPhone before upgrading.

iOS 12 Software Update Failed on iPhone/iPad? 4 Ways to Fix It

How to Update iPhone without iTunes

Apart from having issues when updating your iOS 12, you may also be faced by unforeseen problems after upgrading your iPhone to the latest iOS software. For example, you may encounter several issues with various applications. Here are the software problems that you may encounter:

Presently, most users have complained about the iPad or iPhone activation failure issues after upgrading to iOS 12 or iOS 12.1. Some common errors include "failed to activate iPhone" or "activation error" or "we cannot complete your activation now." These issues often occur when your phone fails to connect to Apple Servers.

* Wait for several minutes by avoiding the busy time of apple server. You can wait and try activating your iPhone later if Apple Servers are busy.
* Reboot your iPhone as it makes it contact Apple Servers again solving the errors in the process.
* Restart your Wi-Fi network. You need to restart the Wi-Fi network if the problem is linked to the network.

2. The iPhone keeps on Restarting

After your iPhone finishes upgrading to the latest iOS software, it may keep on restarting instead of starting conventionally. This aspect means that your iPhone has been stuck in the restart loop. This problem may be due to an update gone wrong or malfunctioning battery. You should take precautions fast to prevent the issues damaging your phone.

After upgrading your iPhone to the latest iOS 12 or 12.1, there are chances of getting undesirable iTunes errors. The standard iTunes errors include error 21, 13, 1, 3004, 1671 and several others.

* Understand iTunes errors. You should note the error code you are experiencing with the iTunes and then explore it further.
* Make sure iTunes is up to date. iOS 12 and iOS 12.1 will only be compatible with the latest version of iTunes.
* Disable firewall and anti-virus. Various third-party anti-viruses can tamper with the operation of your iTunes by blocking the relevant ports. You should merely disable the anti-virus and then reboot the iPhone to check whether the problem is solved.
* Disconnect external gadgets. Disconnect any external devices if your PC is connected to any. Afterward, reconnect your iPhone to check whether the iTunes error is solved.
* Check lightning cable. Ensure that the lightning cable you are utilizing to connect the iOS 12 iPhone to your system is dependable and working.

4. Device Fails to Start Up

Immediately after completing the iOS 12 upgrade, your iPhone may not start up at all. In such situations, your iPhone may merely display the spinning wheel, freeze on a black screen with the Apple logo, or just turn black-screen permanently. This could be a problem with the iPhone's battery or the software.

After updating the iPhone, there could be issues with some of its features and applications as well. A critical element or application of your device may fail to function. The following are typical iOS 12 and 12.1 problems and how one can solve them.

Safari is the primary browser of iOS gadgets and helps users access the internet. After an update to iOS 12, you may face issues with safari such as the app crashing; loading failure, freezing of a webpage, as well as the app fails to respond at all.

* Turn off Safari Suggestions. The suggestion features are the one that causes significant crashes on the browser and should thus be turned off. You can access settings, then Safari on iOS 12 and then turn off the "safari suggestions".
* Clear any historical data. A lot of cache and web data on the browser may affect its processing. Therefore, clear history data and web data to fasten the browser.
* Close and start up the application again. In some scenarios, a simple solution may fix a huge problem with an application.
* Turn off safari restrictions. Some Safari limitations may not function on iOS 12 and should thus be turned off.

You may realize the Bluetooth icon is missing from your iPhone, but this is normal since Apple displaced it from the status bar. However, your iPhone may fail to connect to other Bluetooth devices after upgrading to iOS 12 or iOS 12.1.

This is a common problem for iPad and iPhone users. Unluckily, several applications are quitting or freezing continuously after upgrading to iOS 12 or iOS 12.1. This problem could be due to several reasons. The main problem could be that the application is not compatible with the latest iOS software.

This is a common iOS error that has been experienced in the last couple of upgrades. Besides, most users denoted that their iOS notifications did not show conventionally after upgrading to the latest iOS 12.

Siri is not working after iOS 12 update? Check how to fix it here >>

Part 4: Other Problems after Update

Several other features on your iPhone may also malfunction after performing an iOS upgrade. You may come across issues with your Bluetooth, battery, Wi-Fi and so on.

Most users complain of their iPhones discharging fast after performing an upgrade. In most cases, this is the case after updating to iOS 12. Several users denote that the iPhone fails to last even two hours after updating.

* Check the performance of the battery. You should ascertain that your battery is fully charged by accessing the battery health feature on the settings module.
* Check battery draining applications. Access battery usage and check on the apps that are draining your battery fast. You can stop or update these applications.
* Avoid running too many apps. You should close the unnecessary apps to save on power.
* Turn off fitness tracking.

Numerous users complain about issues with their cellular data following iOS 12 upgrade. For instance, some applications fail to connect to the internet; other apps consume excess mobile data while in other cases the cellular data cannot be turned off or on.

Things to Do Before Apple iOS Upgrade/Downgrade

How to Fix "iPhone Is Disabled Connect to iTunes" Issue?

How to Easily Recover Data on iPhone after iOS 12 Update

How to Easily Delete iOS Update on iPhone/iPad