How to Sync iOS Calendar on Android?

It is common to jump ship from iOS to Android, such as switching from iPhone to Samsung. But it is a big pity that you have all of your important calendars, like appointment, meeting, events, etc. leave behind the iOS device. You are actually eager to copy those calendars from iOS to your new Android device but find no way. Don't panic. Today in this article, we will show you an easy way to sync iOS calendar on Android phone or tablet in a few steps. Just keep on reading.

To sync calendar from iOS device to Android easily, you can draw support from a third-party tool called iOS to Android Transfer. It is a professional phone to phone transfer tool, which gives you the ability to transfer not only calendar, but also music, photos, music, contacts, call logs, apps, messages, videos and more from iPhone/iPad to Android with one click. It is not just a phone transfer tool, but also can be used to backup and restore your phone data on computer.

Steps on Syncing Calendar from iOS Device to Android Phone/Tablet

Run the iOS to Android Transfer tool on your computer after downloading and installing it. Now on the interface select "Phone to Phone Transfer" option from the left, which will take you into the phone to phone transfer window.

Connect your iPhone or iPad or iPod touch, as well as Android device to your computer using the USB cables. The software will identify the two devices and display them on both sides of the interface.

To transfer calendar only, you need to uncheck other items and only tick off the "Calendar" tab. Then, click "Start Transfer" button in the middle to start the calendar transfer process from iOS to Android. 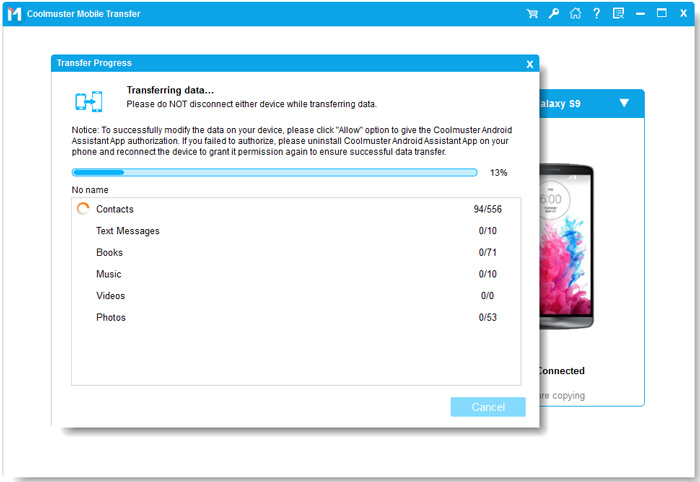