AirDrop Not Working on iPhone? How to Fix It?

When using AirDrop to share files on iPhone, some users might have difficulty in finding out the other iDevice for sending files with AirDrop. They just can not see or find their phone in AirDrop even though both of Wi-Fi and Bluetooth are enabled on these two devices. It seems like that AirDrop is not working on iPhone. Why is that? Is there any solution to fix AirDrop not working for iPhone problem? Of course the answer is positive. Please read on to learn more details.

Can't Miss: Tutorial on How to Use Airdrop 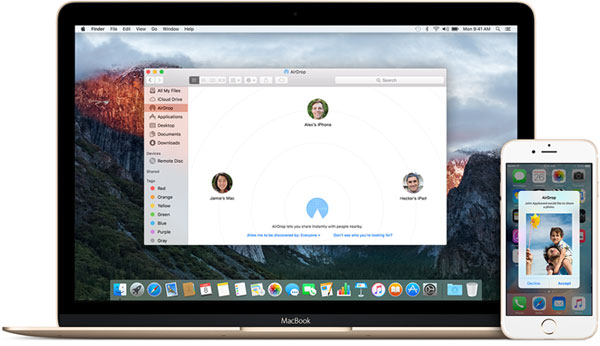 Part 1. Be Clear with Requirements of AirDrop

Part 1. Be Clear with Requirements of AirDrop

AirDrop enables iDevice users to share files only on iPhone, iPad, iPod and Mac, and you can freely transfer files between two iOS device, between iOS device and Mac, between Mac and Mac. However, since AirDrop was released along with iOS 7, so the earlier iOS version before iOS 7 does not support AirDrop and you need to update iOS.

AirDrop has its system limitations when sharing files:

1. When transferring between two iOS devices, iOS requires to be running iOS 7 or later.

3. When transferring between a Mac and an iOS device (iPhone, iPad or iPod touch), the minimum requirements of macOS should be OS X Yosemite (10.10) or later while iOS should be running iOS 8 or later.

Note: Bluetooth and Wi-Fi have to be turned on for both Mac and iOS device. However, the both devices are not required to be connected to the same Wi-Fi network.

How to Airdrop iPhone to Computer

Please check whether both of your devices meet the requirements for using AirDrop with the help of Part 1 at first. If both your devices are supported by AirDrop and you still have trouble in using AirDrop on your iPhone, or you can not find the receiver's avatar in AirDrop to send your files to him/her, please check the following tips to figure it out.

Tip 1. Make sure both Wi-Fi and Bluetooth are turned on on two devices.

AirDrop needs that both the sender and receiver enable Wi-Fi and Bluetooth together on their devices while using AirDrop. So please be sure your iPhone and your friend's iPhone/iPad/iPod/Mac have turned on Wi-Fi and Bluetooth at the same time. But the two devices don't have to connect to the same Wi-Fi network. 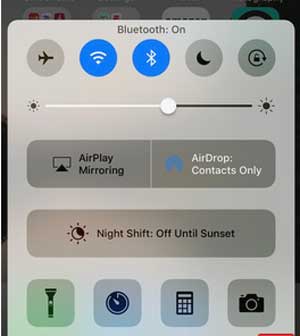 AirDrop can not be used when Personal Hotspot is on. So if you can not see the receiver's avatar when sending files with AirDrop, enabling Hotspot could be the likely reason. So, please turn off Personal Hotspot if either of you is using it.

To do so, simply enable AirDrop on Control Center of iPhone at first, then select "Everyone" when it pops up with several options to set up receiving settings, like "Receiving Off", "Contacts Only", "Everyone" and "Cancel".

If the above methods cannot fix this problem, you can also try to restart your iPhone to fix it. Just turn off and then turn on it with the Power button.

If there is a problem with network connection, you can also reset the network settings on your iPhone. Simply go to "Settings" > "General" > "Reset" > "Reset Network Settings" and confirm your action to delete the existing Wi-Fi networks and connect to the Wi-Fi network again.

If you are running an outdated iOS version, you'd better update it to the latest iOS software version. Simply go to "Settings" > "General" > "Software Update", then download and install the latest iOS version on your device.

AirDrop vs SHAREit, What's the Difference?