AirDrop, as a built-in file sharing application on iOS device (iOS 7 or later) and Mac (OS X 10.7 Lion or later), allows users to transfer photos, videos, music, contacts and more with others. However, what if you are using an Android device or a Windows PC, or your iOS device or Mac is not compatible or available with AirDrop?

So the best AirDrop alternatives for Windows, iOS device and Android phone will be introduced here for you in case you need to share files with other device. Read more about how to use AirDrop.

Since AirDrop does not support Windows PC users, iOS device users who are running iOS 7 or earlier and Mac users who runs Mac OS X 10.7 Lion or earlier, the great AirDrop Alternative for iPhone/iPad/iPod/Windows/Mac - Coolmuster iOS Assistant (Windows/Mac) can fix all these problems.

How to Use Coolmuster iOS Assistant: 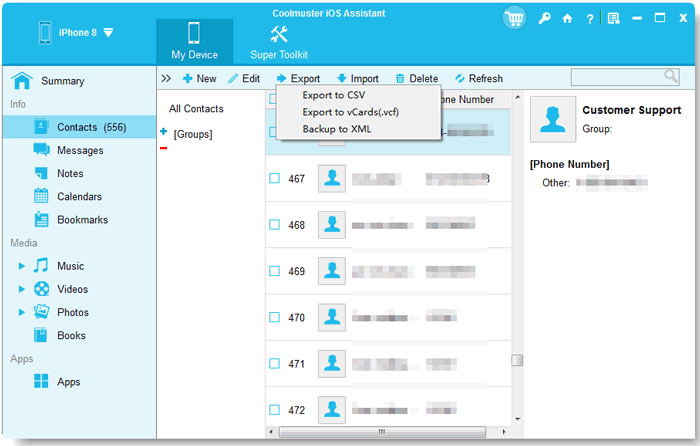 Can't Miss: How to Transfer Movie from iPad to Computer (Mac/Windows)?

The Coolmuster Android Assistant (Windows/Mac) enables users to share files between Android device and Windows PC/Mac computer. Since AirDrop doesn't support Android device, it could be a great Android file manager on Windows or Mac computer.

How to Use Coolmuster Android Assistant:

- Run the program and connect Android device to computer with USB cord;
- Enter specific file tab on the left panel;
- Choose the desired feature button on the top, like "New", "Edit", "Delete", "Export", "Import" and "Refresh", then follow the prompts on the interface to perform it. 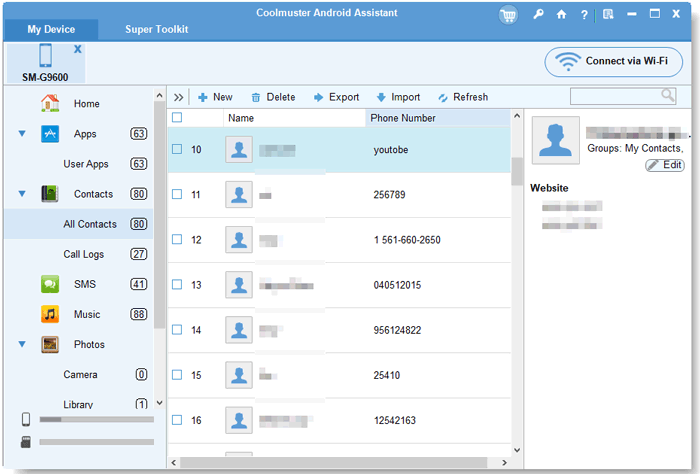 How to Transfer Files from iPhone to iPhone

Differences between SHAREit and AirDrop